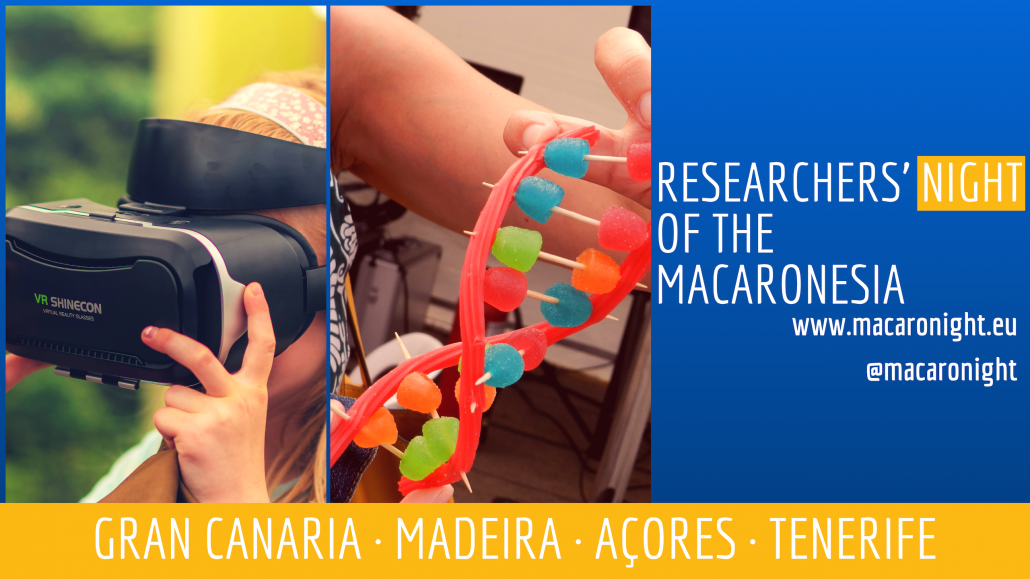 The Spanish partners of the SEAFUEL project, AIET and ITER, will participate on 27 September, 2019 in the European Researchers Night, MacaroNight 2019, where they will share their knowledge about green hydrogen production with renewable sources, such as wind energy and photovoltaic, for later use in transport.

MacaroNight is an initiative framed in the “European Researchers’ Night” held in more than 400 cities in around 30 countries to bring together the Macaronesian archipelago (Canary Islands, Madeira, Azores and Cape Verde) in one single night where our common heritage, culture and past will be shared, thus paving the way for a future full of Macaronesian researchers.

The SEAFUEL project will participate specifically in the Macaronesian Science Festival, where it will have a stand, with the aim of spreading the research activity that takes place within the framework of this European project funded by the Interreg Atlantic Area Programme, in an interactive and engaging way, promoting research careers to young people.

This Europe-wide public event dedicated to popular science and fun learning will take place this coming Friday, September 27th in the Plaza del Adelantado in La Laguna, Tenerife from 9:30 to 13:30h and from 16:30 to 20:00h, will target students during the morning and will be opened for general public during the afternoon showcasing what researchers really do for society.

MacaroNight also contributes to showcase the strengths of Macaronesia in terms of R&D, aiming to disseminate European scientific culture and attract future generations to take up a scientific career and bringing what researchers do to society in an interactive and engaging way, making it a perfect setting to disseminate the SEAFUEL project and the renewable hydrogen as an alternative fuel for a more sustainable mobility.