From the dockside of Methil to the seaside of Tenerife – a revolutionary hydrogen project is set to change the way island nations are fuelled.

Logan Energy is building the refuelling unit in Scotland which will be responsible for powering three service vehicles on the Canary Island.

Playing a pivotal role in the resource-efficient flagship initiative COM(2010)2020, coordinated by National University of Ireland, the Scotland-based hydrogen and fuel cell specialist company will use the expertise and results obtained from its work at the Levenmouth Community Energy Project as it develops the SEAFUEL system.

“We are now realising the vast potential of hydrogen as a fuel source. Our work at the Levenmouth Community Energy Project over the past few years designing, installing and managing the hydrogen systems has been industry-leading. We can now use the lessons learned and develop cutting-edge technologies which truly demonstrate hydrogen’s value on an international level.”

Renewable electricity will power the desalination process, turning sea water into clean water. This will then be used to produce hydrogen for fuelling the vehicles. The project will also investigate an innovative new approach to electrolyse directly from sea water.

SEAFUEL will demonstrate the feasibility to power local transportation networks using fuels produced by renewable energies and seawater, with no net carbon footprint. Islands pay a high cost for electricity and fuel, depending on mainland structures. With 30% of fuel consumption coming from transport, SEAFUEL represents a sustainable way to power vehicles using sun, wind and seawater. 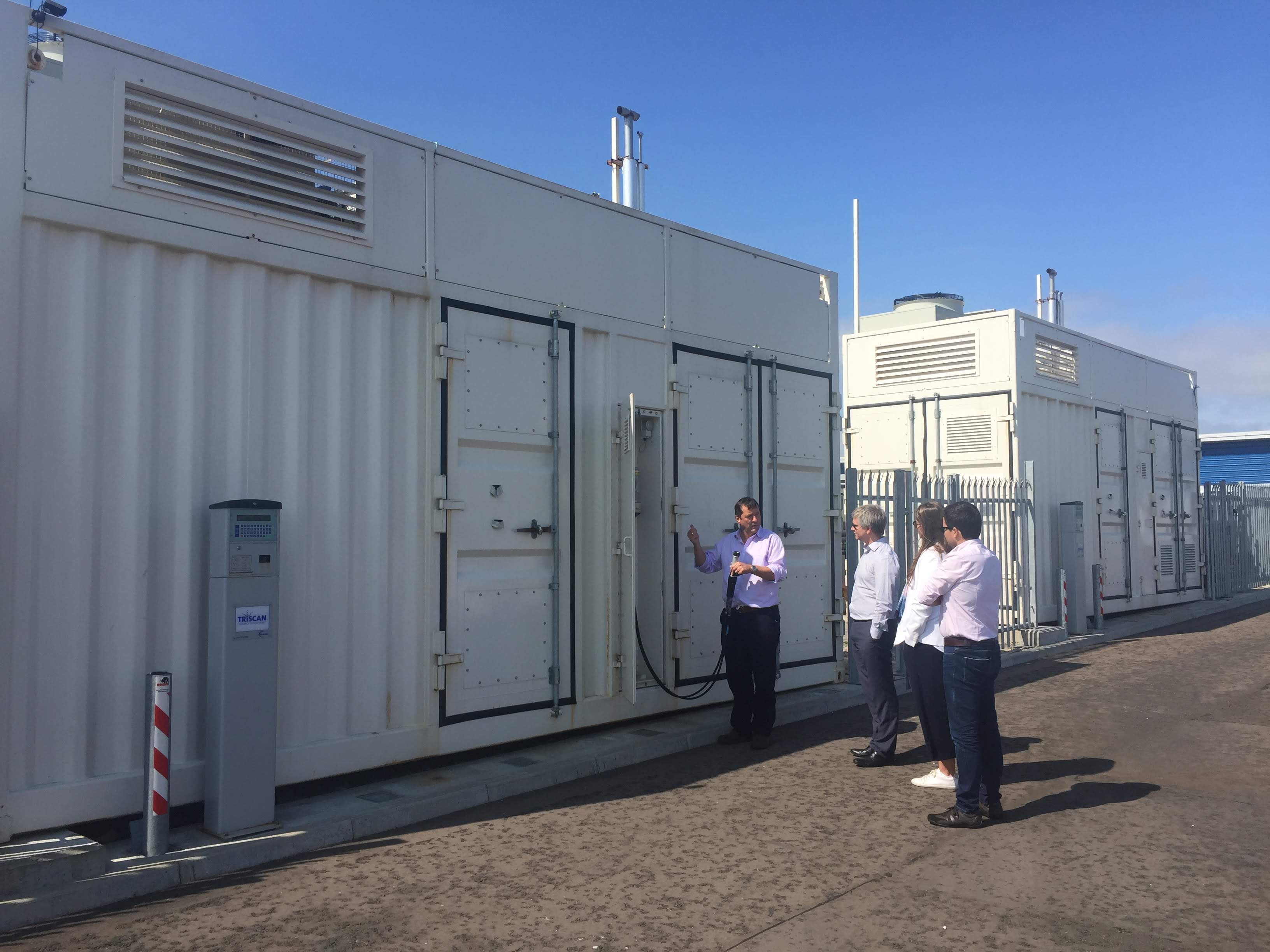 Work is currently at the design stage with installation scheduled for early 2019.

“What we plan to demonstrate in the Canaries could be revolutionary in terms of how isolated areas, such as islands, are powered in the future. Making the most of their natural resources is not only important in terms of carbon footprint, but in cost.

“As world leaders in the deployment of hydrogen and fuel cell technologies in commercial applications, we are pleased to be playing a pivotal role in this project which is so important for the future of the hydrogen and wider renewables industries.”

This project is co-financed by the European Regional Development Fund through the Interreg Atlantic Area Programme. The project partners recently met in Ireland to kick off the project, with a follow-up meeting, hosted by Logan Energy, set to take place in Scotland in June.

Logan Energy was founded in 2005 and has a vast amount of experience designing, installing, commissioning and maintaining fuel cell and hydrogen energy systems in the UK and Europe.

The SEAFUEL project is co-financed by the 2014-2020 INTERREG Atlantic Area programme (http://www.atlanticarea.eu/) that supports transnational cooperation projects in 36 Atlantic regions of five countries: France, Ireland, Portugal, Spain and the United Kingdom, contributing to the achievement of economic, social and territorial cohesion. The partners of project are: from Ireland, the National University of Ireland Galway and Comharchumann Fuinnimh Oileáin Árann Teoranta; from the United Kingdom, the University of Liverpool, Action Renewables, HyEnergy Consultancy Limited and Logan Energy; from Spain, the Institute of Technology and Renewable Energies of Tenerife and  the Tenerife Energy Agency; The Regional Agency for Energy and Environment of the Autonomous Region of Madeira (Portugal) and the European Hydrogen Association (Belgium).

Logan Energy designs, installs, commissions and maintains energy centres across the UK and Europe. Its clients are forward thinking and understand the benefits that fuel cells and hydrogen technologies can offer. To date, it has installed, commissioned and maintains more than 1.1MWe of fuel cells. The company utilises fuel cells and hydrogen technologies and offers a full turnkey service – delivering system design, integration, installation, maintenance and finance.

For more information, contact Suzanne Mackie on 07743858948 or Suzanne@hummingbird-comms.com.