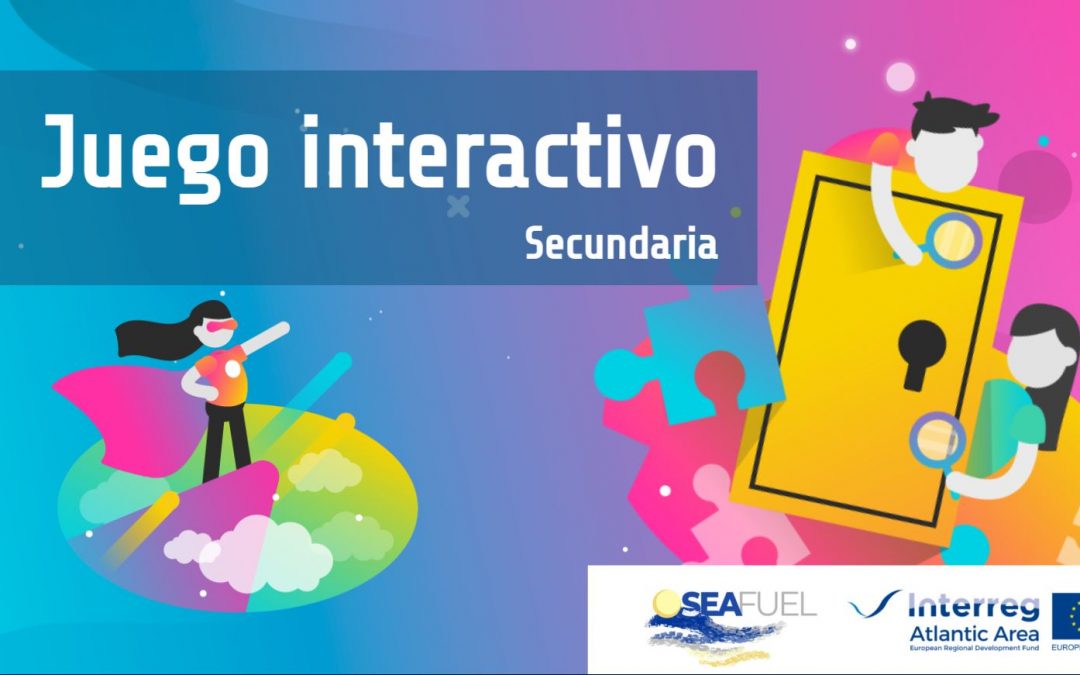 This tool introduces scientific concepts regarding hydrogen technology while enjoying

In recent months, Hydrogen, its applications and its benefits as an energy vector have been on everyone’s lips. SEAFUEL project has developed a tool that helps understand this new technology and its benefits in a way that reaches students and provides them with information, which in general, is not included in school curricula, such as green hydrogen, its use as an alternative fuel or its energy storage potential.

Developed in two versions, one for Elementary students and the other for middle school and high school students, this digital interactive game is designed as an escape room, where the objective is to find clues and solve puzzles to complete the given mission and find the key to escape from the virtual scenery. All based in a virtual SEAFUEL secret lab, where a revolutionary fuel has been discovered and is threatened by powerful institutions who want to destroy it before the knowledge is released and shared. Students will be slowly introduced to hydrogen and the SEAFUEL project as they move on through the game.

The escape rooms are based in a virtual SEAFUEL secret lab, where a revolutionary fuel has been discovered and is threatened by powerful institutions who want to destroy it before the knowledge is released and shared. The students are in charge of saving this alternative fuel that is produced form seawater and renewable energies capable of powering a vehicle with no side effect than the emission of water.

This initiative adds to the work of communication and awareness carried out by the SEAFUEL project, aiming to provide complementary activities that introduce this technology to all age categories of society.

The game has been launched as a prelude to what will soon arrive to the island of Tenerife in the coming months, the installation of a pilot plant that will produce and supply hydrogen to a small fleet of vehicles, which have already begun to arrive on the island. Moreover, both the pilot installation and the vehicles will be available for visit bringing fiction into reality.

At the moment the escape rooms are only available in Spanish, but we hope to have their English version soon.

Co-financed by the INTERREG Atlantic Area Program 2014-2020, SEAFUEL project began its journey at the end of the year 2017 when hydrogen was only heard in certain circles. Today, hydrogen is getting closer to becoming a reality.