The SEAFUEL project celebrates the arrival of the first Hydrogen Refueling Station to Tenerife, the first one in the Canary Islands 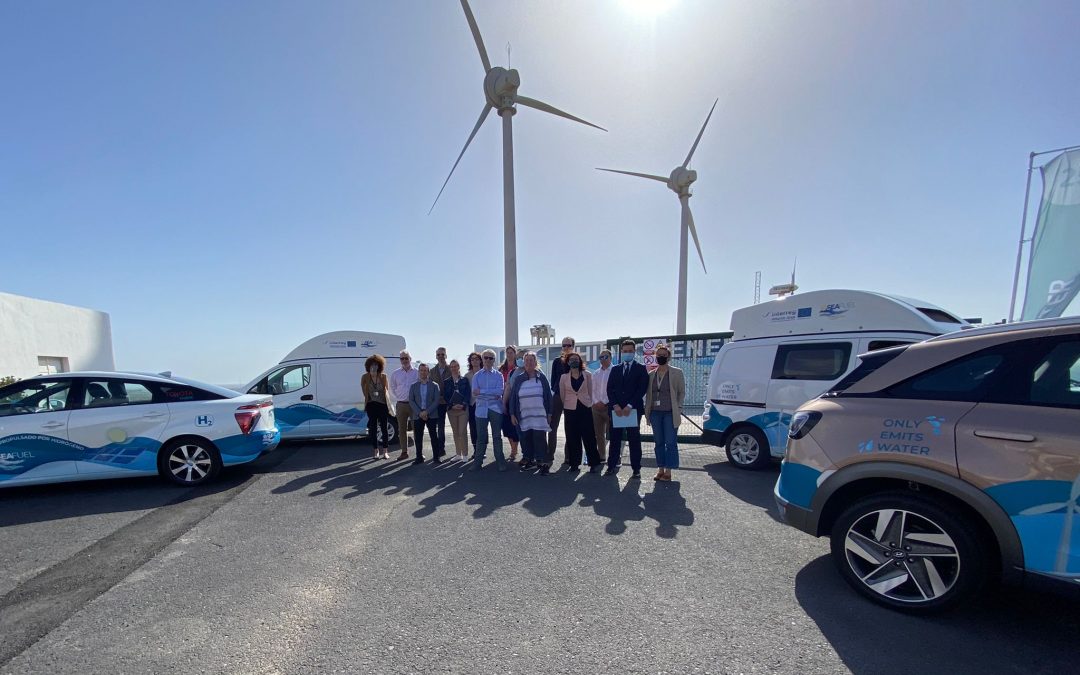 The arrival of this pilot installation in Tenerife is one of the most important milestones of the project, which seeks to demonstrate the technological, social and economic viability of the implementation of renewable fuels for transport in islands and isolated regions.

Green hydrogen is a clean fuel that, through a fuel cell, generates electricity and can power a vehicle. 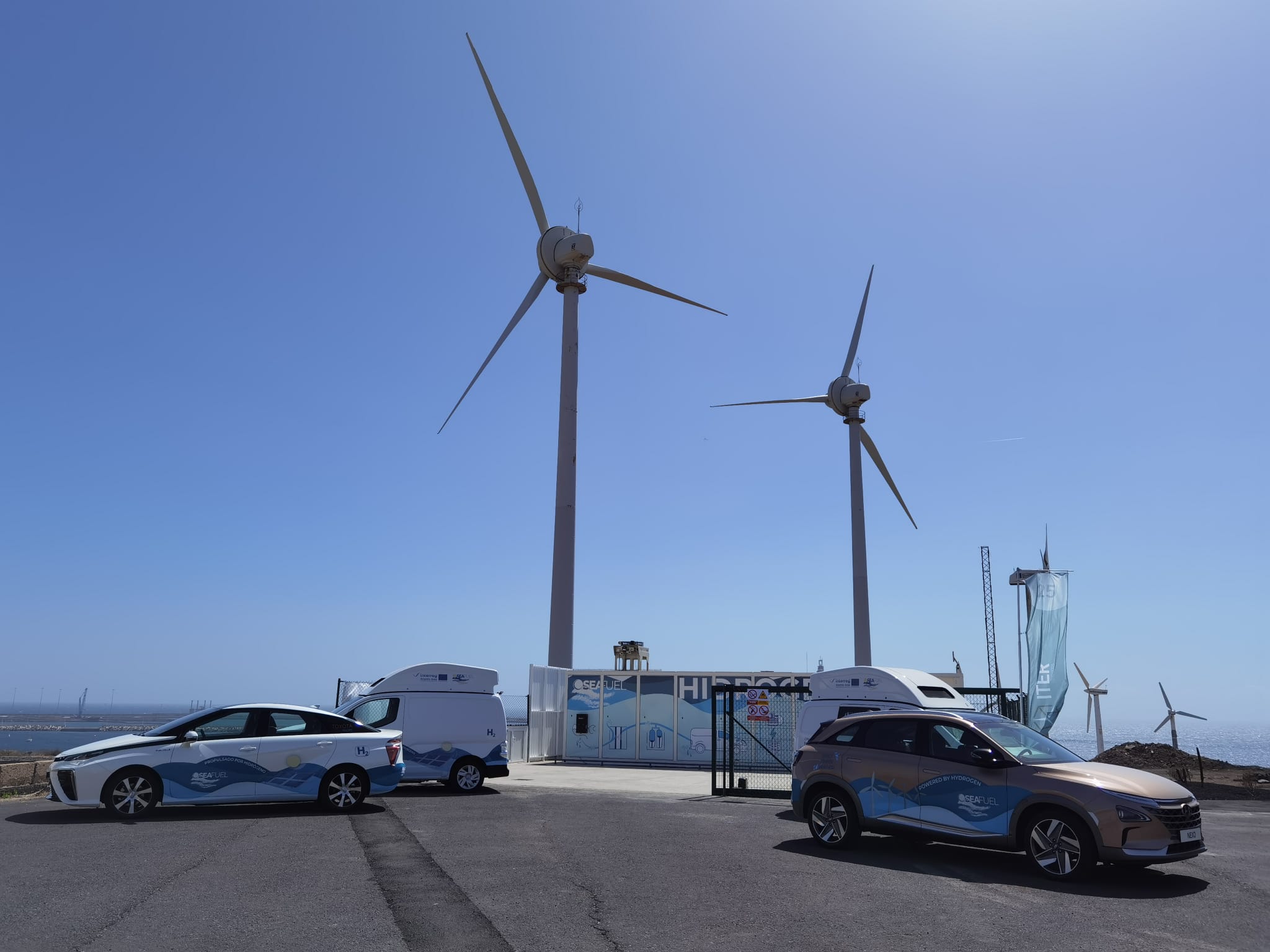 The partners and associate partners of the European project SEAFUEL, co-financed by the European Regional Development Fund (ERDF) through the Interreg Atlantic Area Program, presented yesterday the pilot plant of the project, the first hydrogen refueling station installed in the Canary Islands.

This pilot plant, pioneer in the islands, is located in Tenerife in the Institute of Technology and of Renewable Energies (ITER).

The arrival of this facility in Tenerife is one of the most important milestones of the project, which will try to demonstrate the technological, social and economic viability of the implementation of fuels of renewable origin for transport in island and isolated regions.

The arrival of the installation to the island and its future connection starts the last phase of the project, which includes the commissioning of the station, the production of green hydrogen from renewable energies and desalinated water, and its control and monitoring. 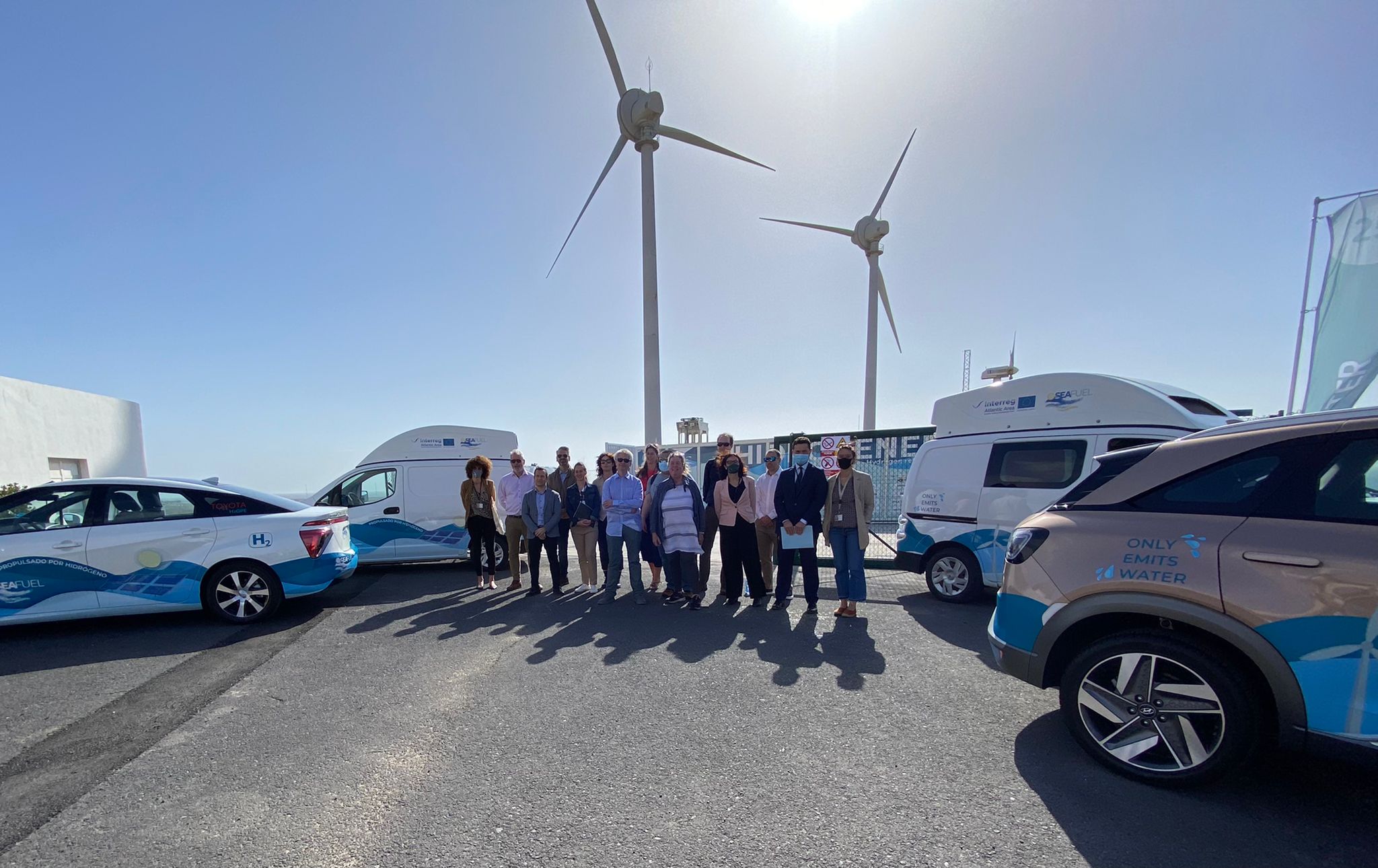 The presentation ceremony, which took place at ITER, was attended by representatives of the project’s partner entities, including the National University of Ireland NUI-Galway, the Aran Islands Energy Cooperative, the University of Liverpool, Action Renewables, HyEnergy Consultancy, Logan Energy, the Madeira Regional Energy Agency, the Tenerife Island Energy Agency, the Technological and Renewable Energy Institute; as well as with partners Hyundai Canarias and Toyota Canarias.

Those attending the event, which began with the interventions of the CEO of ITER, Eduardo Ballesteros, and the Doctor in Inorganic Chemistry of the NUI-Galway University and coordinator of the SEAFUEL project, Pau Farrás, had the opportunity to visit and learn about the operation of the hydrogen from the hand of the project technicians.

With a production capacity of about 10 kg of hydrogen per day, this facility will be able to produce hydrogen through the electrolysis of water from the ITER desalination plant and making use of the energy of the institute’s renewable facilities.

During the event and accompanying the installation, part of the SEAFUEL fleet was also exhibited, composed so far of a total of 5 hydrogen vehicles: two Toyota Mirai and a Hyundai Nexo, loaned by the project partners, Toyota Canarias and Hyundai Canarias respectively; and 3 work vehicles, hydrogen fuel cell range extended electric vehicles which will be used to carry out ITER maintenance tasks. These vehicles, which will soon be able to fill at the pilot plant, will be used by project partners to carry out studies on the socio-economic impact of the implementation of this technology in isolated communities.

Likewise, the Virtual Tour of the HRS was presented, a dissemination tool designed to showcase the elements that make up the installation, the operation of the plant and the production of green hydrogen as a new viable renewable fuel for transport.

The presentation event of the hydrogen was part, together with the seminar of the Triple Hydrogen Alliance “Hydrogen Islands, opportunities and challenges” and the symposium “SOLAR2CHEM X SEAFUEL”, of the SEAFUEL conference, a three-day program dedicated to renewable fuels and other innovative technologies held from March 30 to April 1 in Tenerife.

The SEAFUEL project, Sustainable integration of renewable fuels in local transport systems, has a budget of € 3,647,632.96 and is co-financed by the European Regional Development Fund through the Atlantic Area Program.